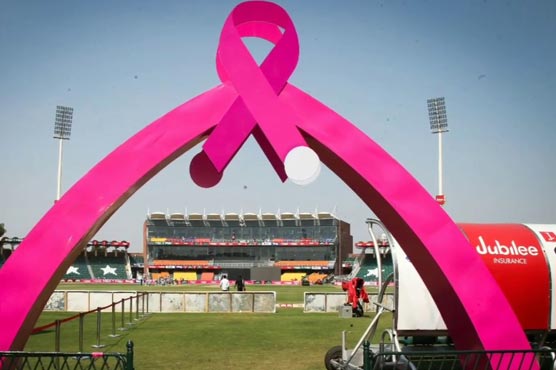 Pink ambiance will be created while the bails will also be branded as pink too as part of disseminating the message by the PCB. The match officials, teams, players, and commentators will don Pink Ribbons during the match.

Lahore Qalandars will face off Quetta Gladiators at Gaddafi Stadium Lahore, while Peshawar Zalmi and Islamabad United are to play against each other at Pindi stadium, Rawalpindi on Saturday (tomorrow).

The digital screens at the Gaddafi stadium and Pindi stadium will run awareness messages on the dangers of breast cancer.

“PCB has been supporting the cause Pink Ribbon for last three years so that awareness could be raised about breast cancer in the country”, PCB Chief Executive Wasim Khan said while talking to APP here on Friday.

He further said “It is a humble contribution from the PCB towards raising awareness against cancer as it is our collective responsibility to help the cause as much as possible.”

The Chief Executive said PCB was committed to its corporate social responsibility of reducing female mortality rate by creating utmost awareness among fans and the public.

US refuses to decrease duties on Pakistan’s additional products