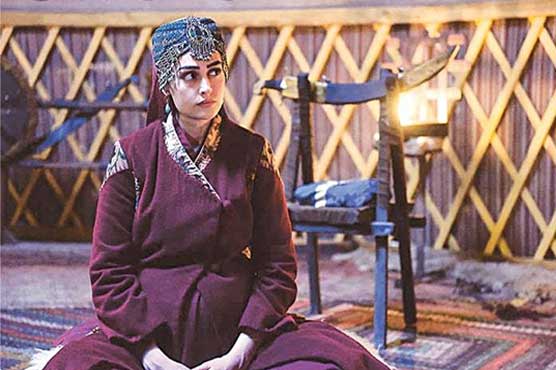 Would’ve visited Pak several times if we didn’t have pandemic upon us: Ertugrul actress Esra

LAHORE (City News) – Turkish actress Esra Bilgic, who has reached new heights of popularity with the role of Halime Sultan in historic drama Dirilis: Ertugrul, has said, “I would have visited Pakistan several times by now If we didn’t have a pandemic upon us.”

In an interview, Esra said, “When I saw Prime Minister of Pakistan (PM) Imran Khan on Turkish news channels, saying that a successful project such as Ertugrul should be aired on their local channel, I felt surprised and proud at the same time.”

She has also announced to work with three of Pakistan’s most loved brands.

“We will meet when all this is over, when I will be working with Pakistani brands. I’m sharing, for the first time, that I’m about to work with three of Pakistan’s most loved brands. This will soon be announced by the press as well,” she confirmed.