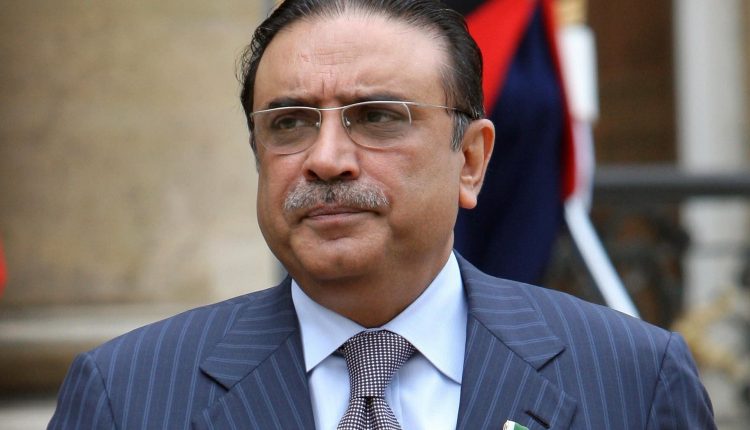 RAWALPINDI : Former president Asif Ali Zardari on Saturday submitted response to a questionnaire, containing 54 questions in connection with three cases against him including Park Lane Estate, handed over to him by the National Accountability Bureau (NAB) Rawalpindi.

According to sources, Zardari, in his written response, maintained that the NAB has no jurisdiction pertaining to the Park Lane Estate case as according to the National Accountability Ordinance (NAO), the accountability watchdog is not liable to investigate matters of a private company.

He questioned the bureau’s jurisdiction over the matter while maintaining that Pakistan Peoples Party chairman Bilawal Bhutto Zardari and he have no affiliation with the Parthenon Company.

The erstwhile president stated that the company was bought in 1989 from Sadruddin Hashwani in which Bilawal Bhutto-Zardari, Iqbal Memon, Rehmatullah, Muhammad Younus and Altaf Hussain were shareholders.

“I owned just 25 percent shares of the Park Lane Company, and in 2008, had resigned from its directorship before taking oath as the president of Pakistan,” Zardari claims.

To one of the questions, he responded that the Parthenon Company was not aware about a loan of Rs1.5 billion by the National Bank of Pakistan.

He stated that the questionnaire in itself was exceeding jurisdiction of the bureau according to the Law.

‘Zardari could tamper records if not arrested’

The NAB on Friday formally stated the reasons for its opposition to the interim bail granted to Zardari by the Islamabad High Court (IHC) in the fake accounts case.

The development came following extension of Zardari and his sister Faryal Talpur’s interim bails till April 29 by the IHC. The court had also directed the NAB to furnish details of ongoing and pending inquiries against them.

The bureau, in its report, explained its opposition to bail, saying that the former president “may tamper records” if not taken into custody. Furthermore, it accused Zardari of not cooperating with the investigation team.

Zardari is accused of fraudulently obtaining Rs1.5 billion in loans for his Park Lane Estate through other firms.

NAB hands over questionnaires to Zardari and Bilawal

On March 20, the NAB Rawalpindi had handed over questionnaires comprising 54 questions each to Zardari and his son Bilawal in three cases including Park Lane Estate reference, and subsequently directed them to submit their response within 10 days.

The members of a joint investigation team (JIT) of the anti-graft watchdog had recorded their statements after 2 hours of interrogation at the bureau’s office in Rawalpindi concerning accusations over Park Lane Estate Company (Pvt) Ltd — a Karachi-based real estate firm co-owned by Zardari and Bilawal.

According to sources, Zardari had acquired the company illegally through a front man, Iqbal Memon, in 1989. In 2009, Zardari and Bilawal became shareholders of the company.

Moreover, both of them have a stake of 25 percent each in the company and Zardari had the authority to use the company accounts at his discretion as the director of the firm.

Earlier, the NAB had filed a petition with the trial court on behalf of NAB Chairman Justice (rtd) Javed Iqbal, stating that the investigation of the case had been transferred to the anti-graft watchdog by the apex court. The petition had requested the trial court to transfer the proceedings of the case to an accountability court in Rawalpindi.

Following the petition, the banking court had reserved its verdict earlier this week. Later, the court announced its verdict and allowed the transfer of the fake accounts and money laundering case from Karachi to an accountability court in Rawalpindi.