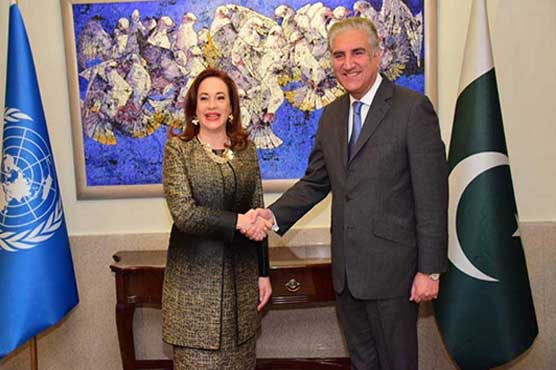 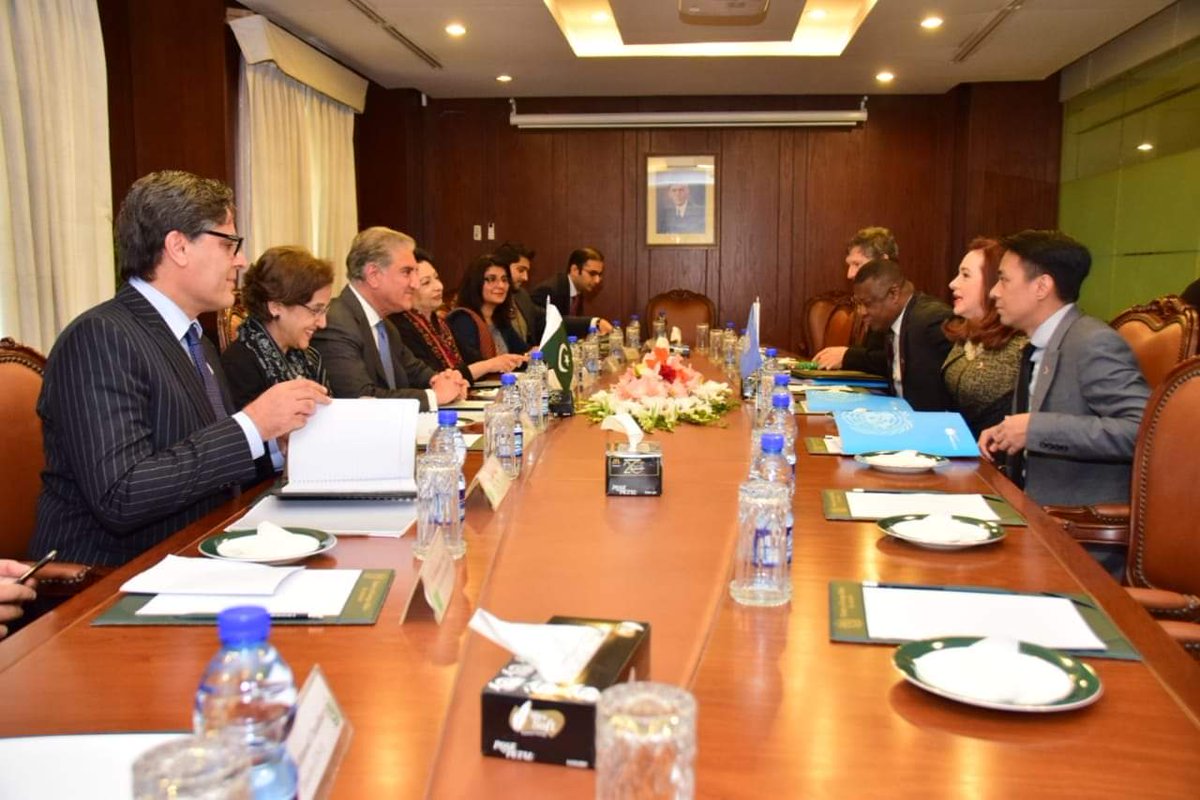 During the meeting, both sides discussed regional and international issues including Kashmir.

Later, in a joint press briefing, Foreign Minister Shah Mehmood Qureshi told that a very constructive meeting was held with the UNGA President during which the issue of human rights abuses in Occupied Kashmir was aeffectively highlighted. He said the visiting dignitary was informed of the grave extent of violations by occupied Indian forces in the held valley.

Shah Mehmood Qureshi maintained that the UNGA was informed that Pakistan has been hosting more than three million Afghan refugees for the last four decades. He stressed that Pakistan is actively engaged with Afghanistan for a long and durable solution to the Afghan conflict as it believes peace in the neighboring country is also in its own best interest. Qureshi reiterated that Pakistan believes in Afghan-led and Afghan owned peace process.

The minister informed that the steps taken by PTI government to mitigate the adverse impacts of climate change were discussed with the President of the UN General Assembly.

The government has embarked upon a plan to plant 10 billion trees in the country in next five years to make it greener and environment friendly, he added.

The Foreign Minister said the UNGA President was informed that a number of laws have been passed in recent years to protect the rights of women and raise their socio-economic profile in line with the sustainable development goals.

Shah Mehmood Qureshi notified that the role of international peacekeeping by Pakistani troops was also shared with the UNGA President. Pakistan is among the top troop contributors and its armed personnel have rendered huge sacrifices in peace keeping operations around the world, said the minister.

Espinosa lauded the billion treeTsunami project of the PTI government, hoping it would turn the country into greener area with sustainable development. She said all member states need to play their role in overcoming the impacts of global climate change.

The UNGA President while acknowledging the importance of youth bulge in Pakistan said the United Nations will support and assist the steps taken by the government to utilize the potential of this large segment of society, including through education and training and creation of job opportunities.

Maria Fernanda Espinosa appreciated Pakistan for hosting such a large number of Afghan refugees over all these years.

During the visit, Ms Espinosa will also call on the President Dr. Arif Alvi and Prime Minister Imran Khan.